“Nicolas is not only a great violinist with a very strong technique, he is a great musician. His playing is very sincere, with a great variety of colours and emotions…”Bruno Delepelaire, 1st solo cellist Berliner Philharmoniker

“Nicolas is an extremely gifted young man endowed with wonderful musicality and absolute dedication to his craft…If I would have to vouch for a few young artists that deserve to be heard Nicolas is absolutely one of them.” Itamar Golan, concert pianist

“It seemed as if this piece had been written for him… Nicolas Dupont was one with the music." (on the F. Poulenc sonata, Robert Williams, Klassiek Centraal, February 2017)

“The icing on the cake was undoubtedly the perfect rendition of the César Franck sonata. They built this musical monument with convincing authority and mutual understanding."Klassiek Centraal, December 2016

“The players did not make one slip in these very demanding passages which they delivered with real verve.” On Beethovens 'Razumovsky' String Quartet Op. 59 N°3, Charles Stokes - Edinburgh49, January 2017

“The violinist was convincing in every aspect...Duponts playing was powerful, virtuoso, flawless and decisive” On Wilfried Westerlinck's 'three capriccios', Klassiek Centraal, September 2015

"The two musicians have shown exceptional talent with this eclectic repertoire, highlighting this beautiful combination of instruments with subtle variations.”on the duo Andaluza, Midi libre, August 2014

"We have to admit that this young violinist Nicolas Dupont and the pianist Olga Kirpicheva play this sonata by Debussy with stunning ardour and control.” Cristian Ciocca, Radio Télévision Suisse, July 2013

“With over 90 concerts a year, Nicolas Dupont (°1992) is one of the most active Belgian chamber musicians of his generation.”  (El Diario Montanes)

As a member of the Kugoni Trio, the Roeland Hendrikx Ensemble, the Malibran Quartet, the Urban Piano Quartet, Carousel Ensemble, K Simone Menezes and the Duo Andaluza, amongst others, he has performed in venues such as Wigmore Hall, St Martin-in-the-Fields, King’s Place, Colston Hall (UK), BOZAR, Flagey, AMUZ, deSingel (BE).

Based in Brussels since 2017, Nicolas frequently travels as a soloist, in duo with the pianists Olga Kirpicheva, Yunus Tuncalı and Giulio Potenza, or with his ensemble colleagues across Europe and Asia. His ensembles are ambassadors for contemporary music and have commissioned over sixty pieces in close collaboration with composers.

“If I would have to vouch for a few young artists that deserve to be heard Nicolas is absolutely one of them.” (Itamar Golan)

Although he has consciously avoided taking part in violin competitions, he was the recipient of a number of distinctions in recent years; the Kugoni Trio won first prizes at the Supernova (2013) and Forte Limburg (2015) competitions and was awarded the Fuga Trophy (2018) for the promotion of Belgian music. In April 2015, he was given the ‘Kolonel en Mevrouw Bisschop-Matthijssen’ prize by the Brussels Conservatoire for outstanding students and in London he was a laureate of the ‘Royal Academy of Music Club Award’ (2016), the ‘Sir Karl Jenkins Music Award’ (2016), and the ‘Concordia Foundation Artists’ Fund’ (2017). With the Urban Piano Quartet, he won the Supernova competition a second time (2019), and became a finalist at the Nordic Strings Competition (DK, 2019) and the Schoenfeld International String Competition in Harbin (CN, 2020).

Nicolas is a 2020 laureate of the ‘VOCATIO’ foundation (BE). Thanks to the National Lottery and it’s players, he has launched the composition competition “PRE LUDE” and will initiate a new concert series in close collaboration with composers, aiming to engage more musicians to give a place to new music in concert programming.

Nicolas Dupont has made several recordings for the BBC3, the Belgian radios Musiq3, Klara, the Swiss Radio Suisse–Romande, the Dutch Radio 4, the Italian RAI3 and Radio Vaticana and has appeared on Belgian national television (Stingray Brava and Canvas).

Despite his young age, Nicolas’ discography includes over fifteen CD’s with music by Astor Piazzolla, Emil Hartmann, Josef Suk, Leoš Janáček as well as Belgian music by Wilfried Westerlinck, Jan Van Landeghem, Piet Swerts, Wim Henderickx and Jeroen d’Hoe. Over the course of the 2020-2021 season, he will release five new CD’s, amongst others Brahms/Vasks with the Urban Piano Quartet, a duo-CD with guitarist Stijn Konings, a duo-CD with pianist Olga Kirpicheva and a CD dedicated to the music of Piet Swerts and Camille Saint-Saëns with the Roeland Hendrikx Ensemble.

“His great violinistic talent and exceptional musical personality deserve to be recognized by everyone.” (Michel Arrignon)

He has much enjoyed playing for several years with the Brussels Chamber Orchestra and the English Chamber Orchestra. With these chamber orchestras, Nicolas has performed in major European concert halls, such as the Liszt Academy in Budapest, the Musikverein of Vienna, the Barbican in Londen,… and in the USA.
As a concertmaster he has worked amongst others with the Orchestre National de Lille (FR), Symfonieorkest Vlaanderen, Antwerp Symphony Orchestra (BE), Santander Festival Orchestra (SP),… under the baton of Trevor Pinnock, Krzystof Penderecki, Patrick Davin, Michel Tabachnik and Peter Csaba. He is currently the leader of Ataneres Ensemble, a chamber orchestra based in Leuven, Belgium.

Nicolas Dupont started studying violin with Dejan Mijajev at the age of four. After having gained solid technical bases, and the love of music and the violin from this great pedagogue, Nicolas continued his education with Yuzuko Horigome at the Royal Conservatoire of Brussels and with Rodney Friend at the Royal Academy of Music in London. He obtained both Master degrees with the highest honours for violin. Both professors deeply inspired Nicolas, helped him to develop his technique and musicality, and shaped the musician he is today.
In the meantime, he specialised in chamber music at the CNSM of Paris in the class of concert pianist Itamar Golan, who strongly influenced his musical view and approach to music. As a duo with pianist Olga Kirpicheva, he graduated from this school with ‘mention très bien à l’unanimité’.

Nicolas is very grateful for the support that was given to him during his studies abroad. Apart from his family’s and friends’ support, his musical development was generously made possible by the RotaryClub of Antwerp, Delen Private Bank, the Robus, Inspiratum, SWUK and Jovaro foundations and in the UK the Sir Richard Stapley Trust, the Stephen Bell Trust , the Drake Calleja Trust and the Albert Cooper Music Charitable Trust.

Passionate about teaching, Nicolas taught the violin for two years at King’s College London and at the Royal Conservatoire (Koninklijk Conservatorium) of Brussels as the assistant to Mrs Yuzuko Horigome.

He is now a violin Professor at the Conservatoire Royal de Bruxelles (CRB).

Nicolas Dupont plays on a Giuseppe Pedrazzini violin, generously on loan by a sponsor. 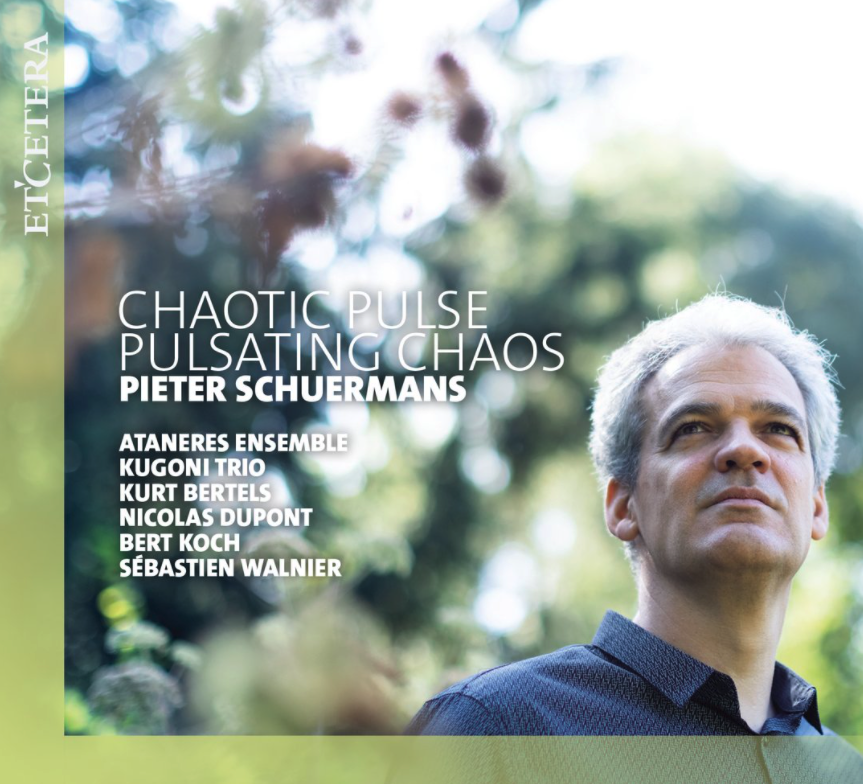 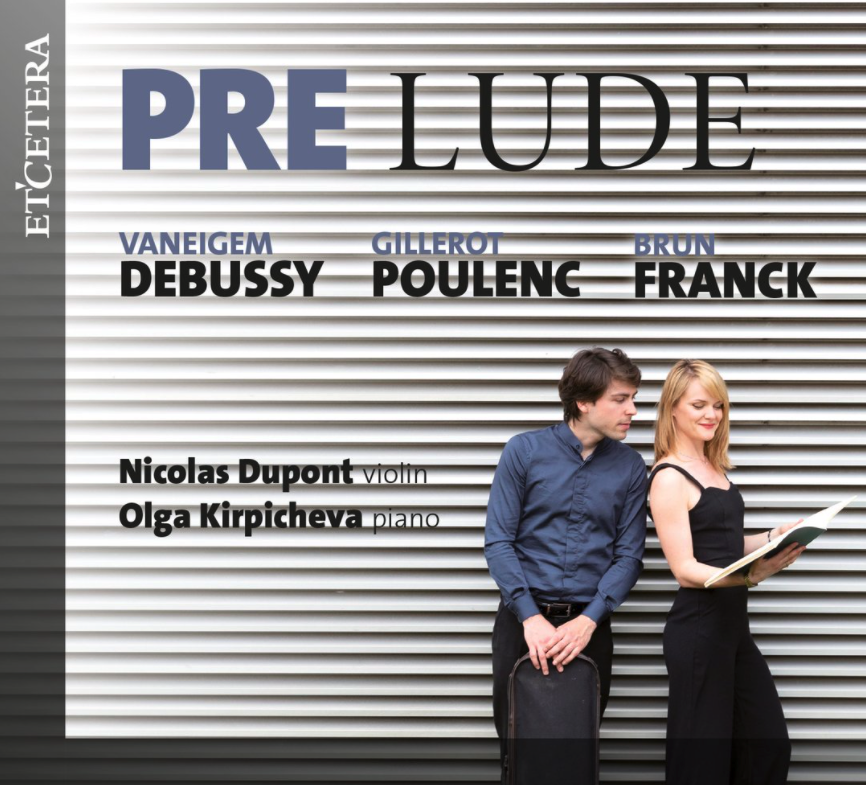 A NEW TAKE ON THE VIOLIN SONATAS BY DEBUSSY, POULENC AND FRANCK 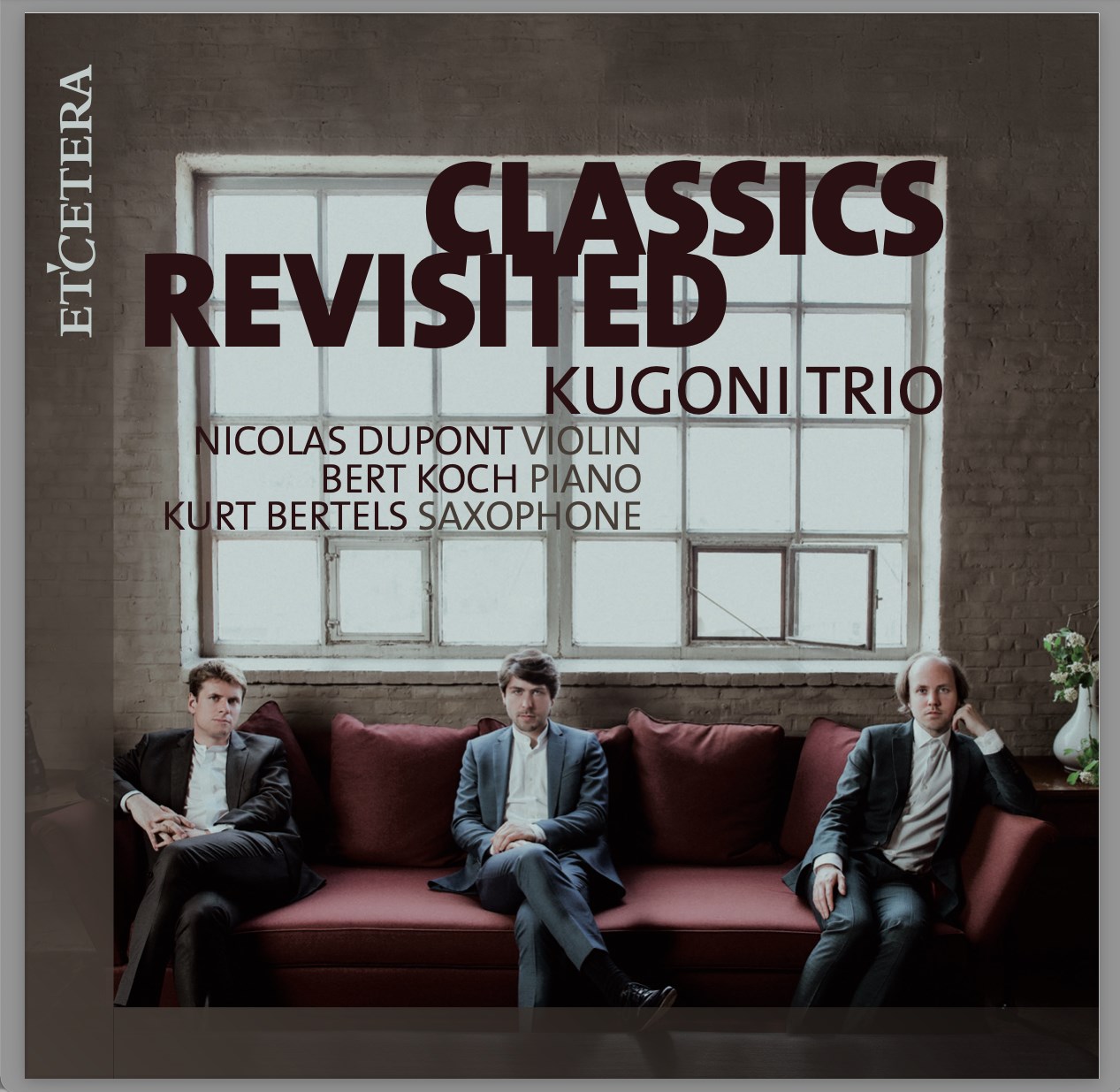 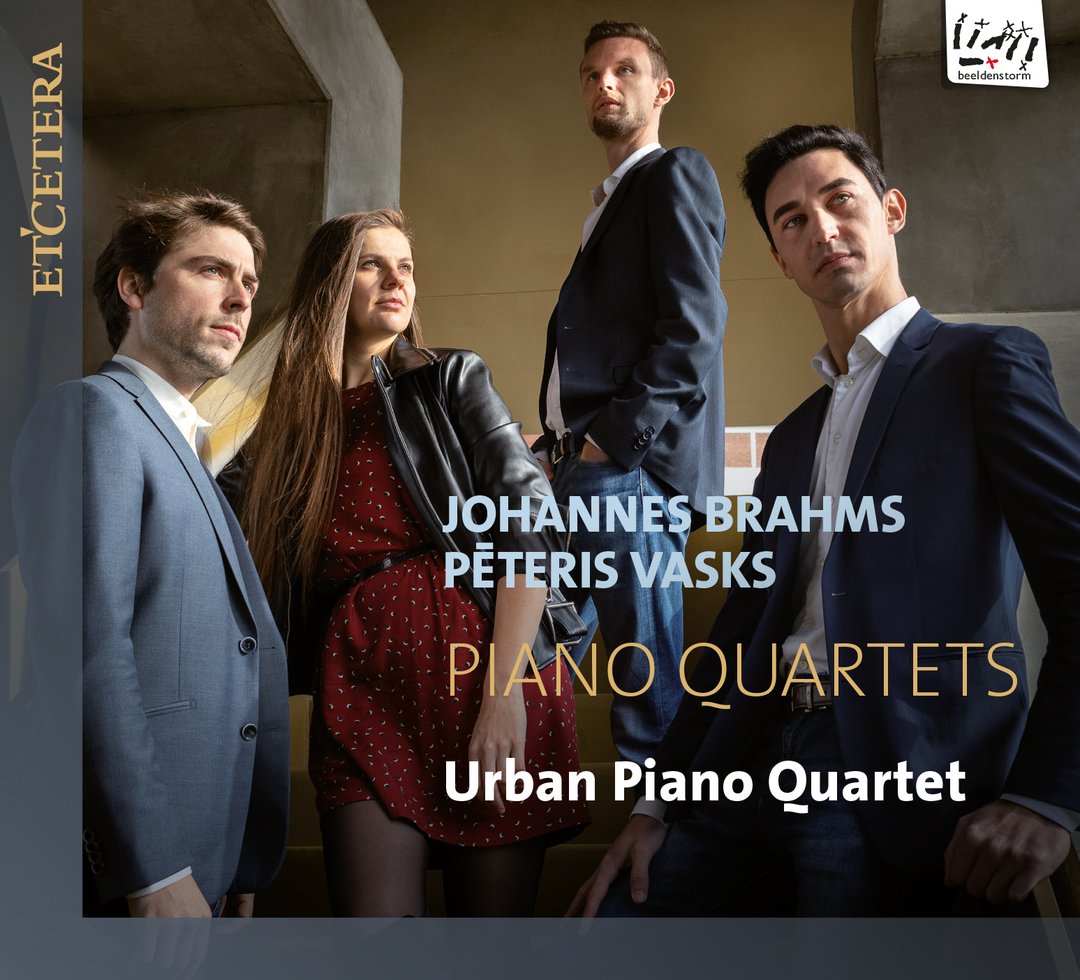 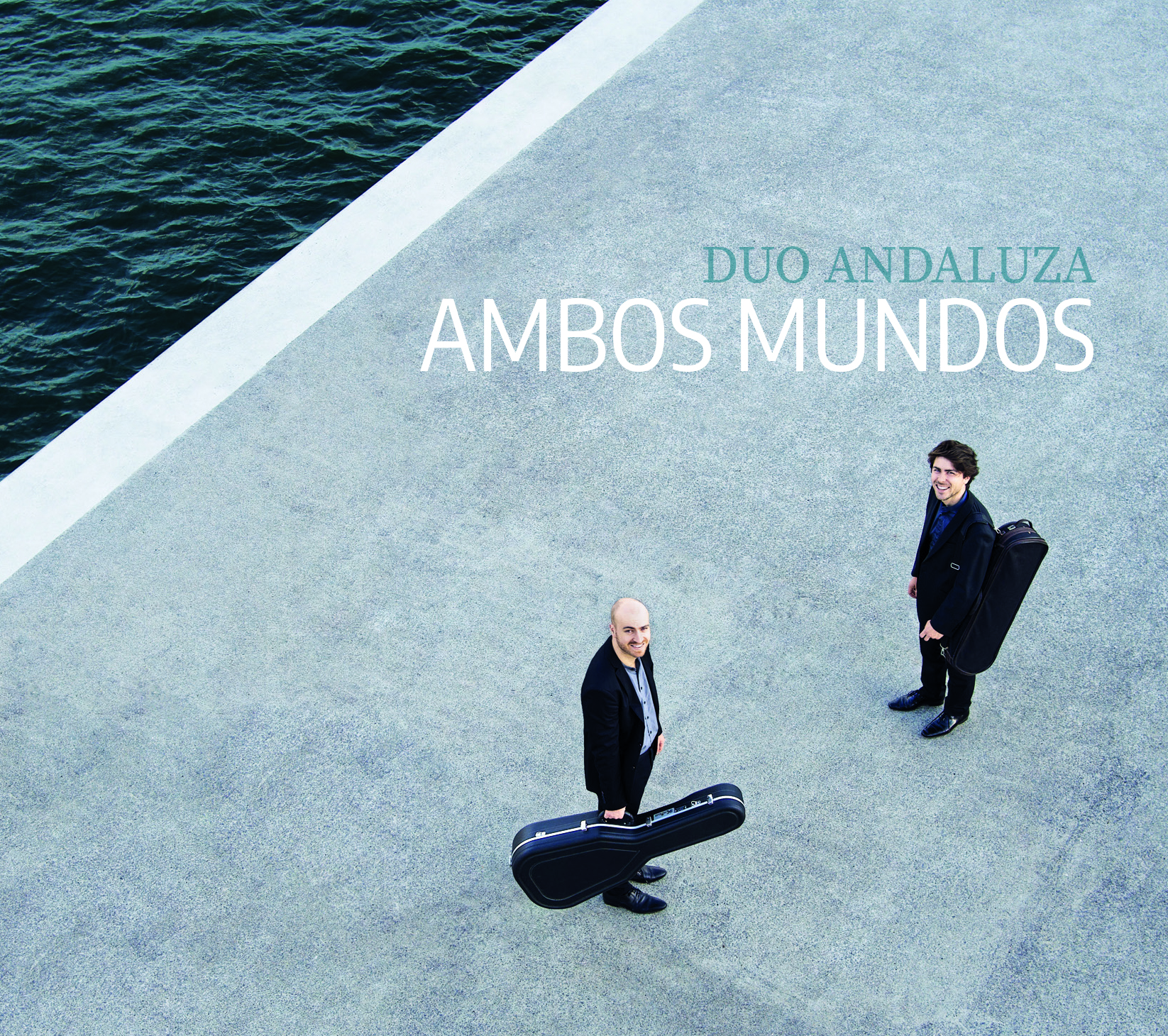 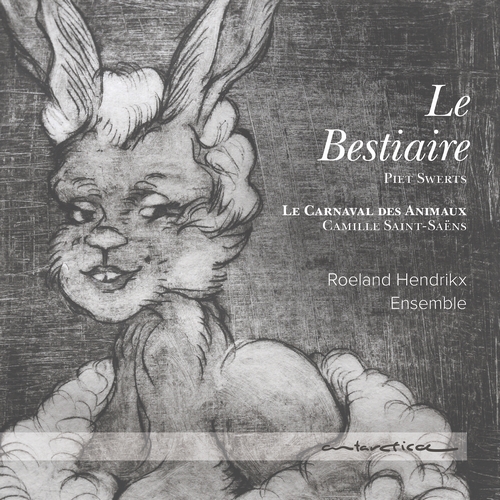 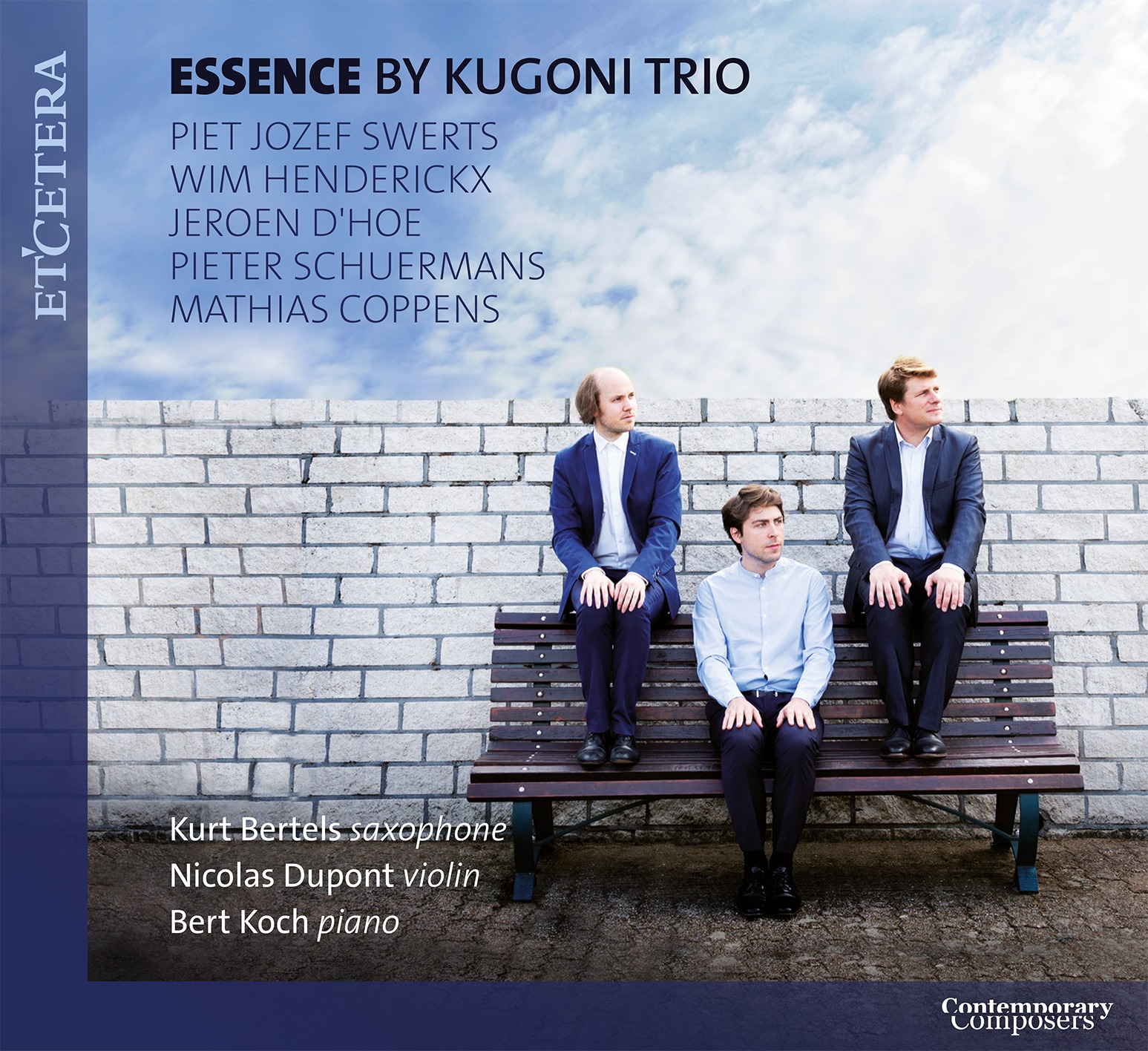 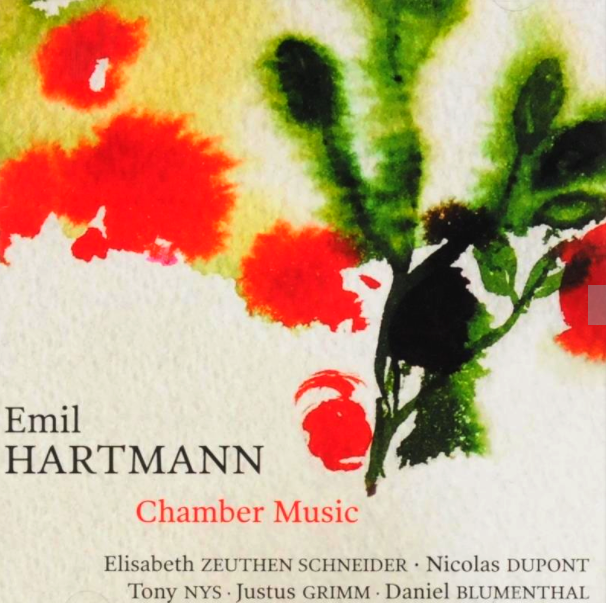 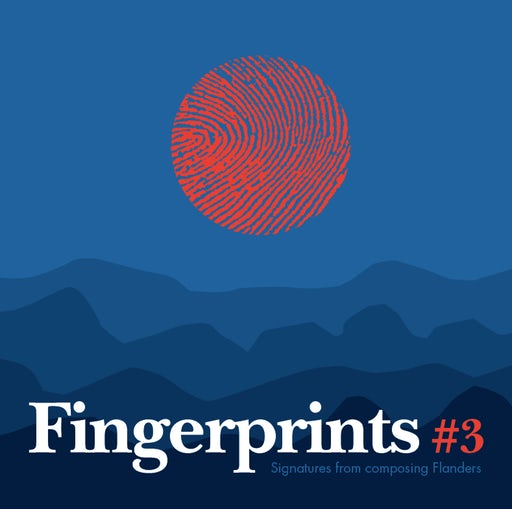 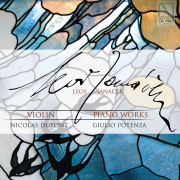 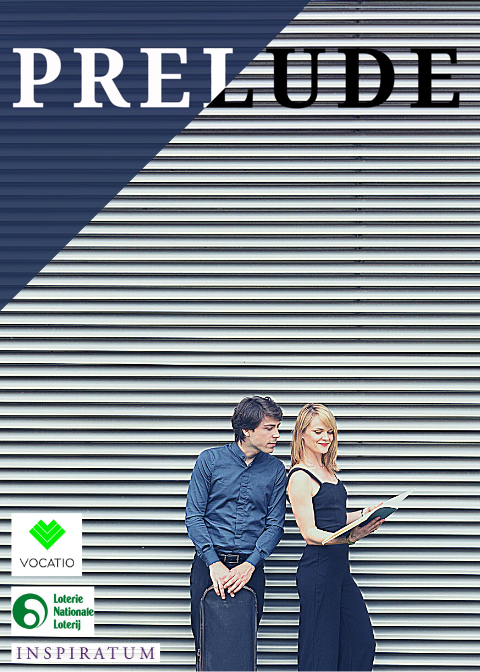 The aim of this competition is to find three short works for violin and piano
to complete the programme for a new CD with pianist Olga Kirpicheva.

PRELUDE is looking for newly composed works for violin and piano
with a duration of maximum three minutes,
that can serve as prelude to one of the following sonatas:

Claude Debussy – Sonata for violin and piano in G minor

César Franck – Sonata for violin and piano in A major 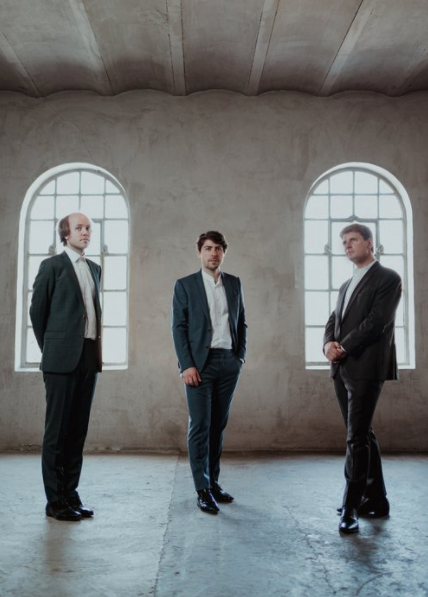 The Kugoni Trio, Nicolas Dupont (violin), Kurt Bertels (saxophone) and Bert Koch (piano) have been highly respected guests in concert halls both in Belgium and abroad since their founding in 2010; they owe this not only to the unique blend of these instruments, but also to their energetic performances and their passionate search for new repertoire. 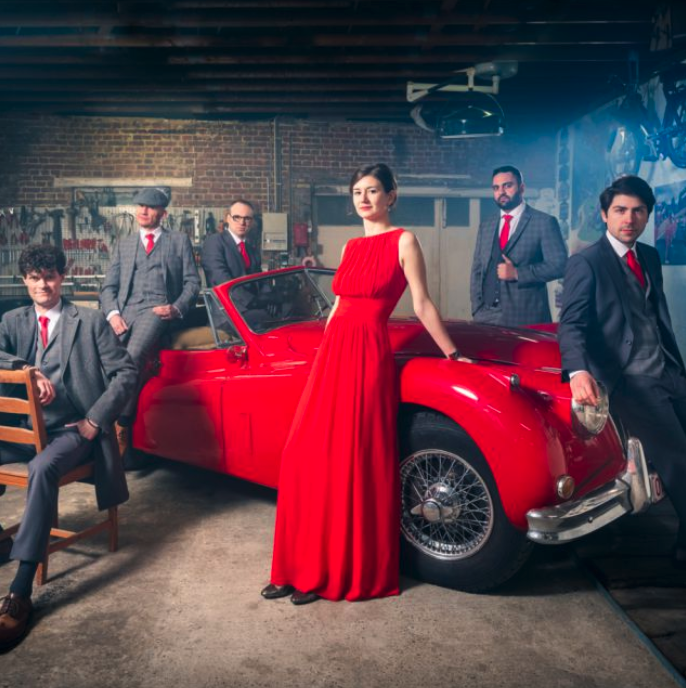 As the first violinist of the Roeland Hendrikx Ensemble since October 2020, Nicolas explores the rich repertoire for clarinet, piano and strings together with his colleagues Roeland Hendrikx, Liebrecht Vanbeckevoort, Camille Joubert, Sander Geerts and Sevak Avanesyan. 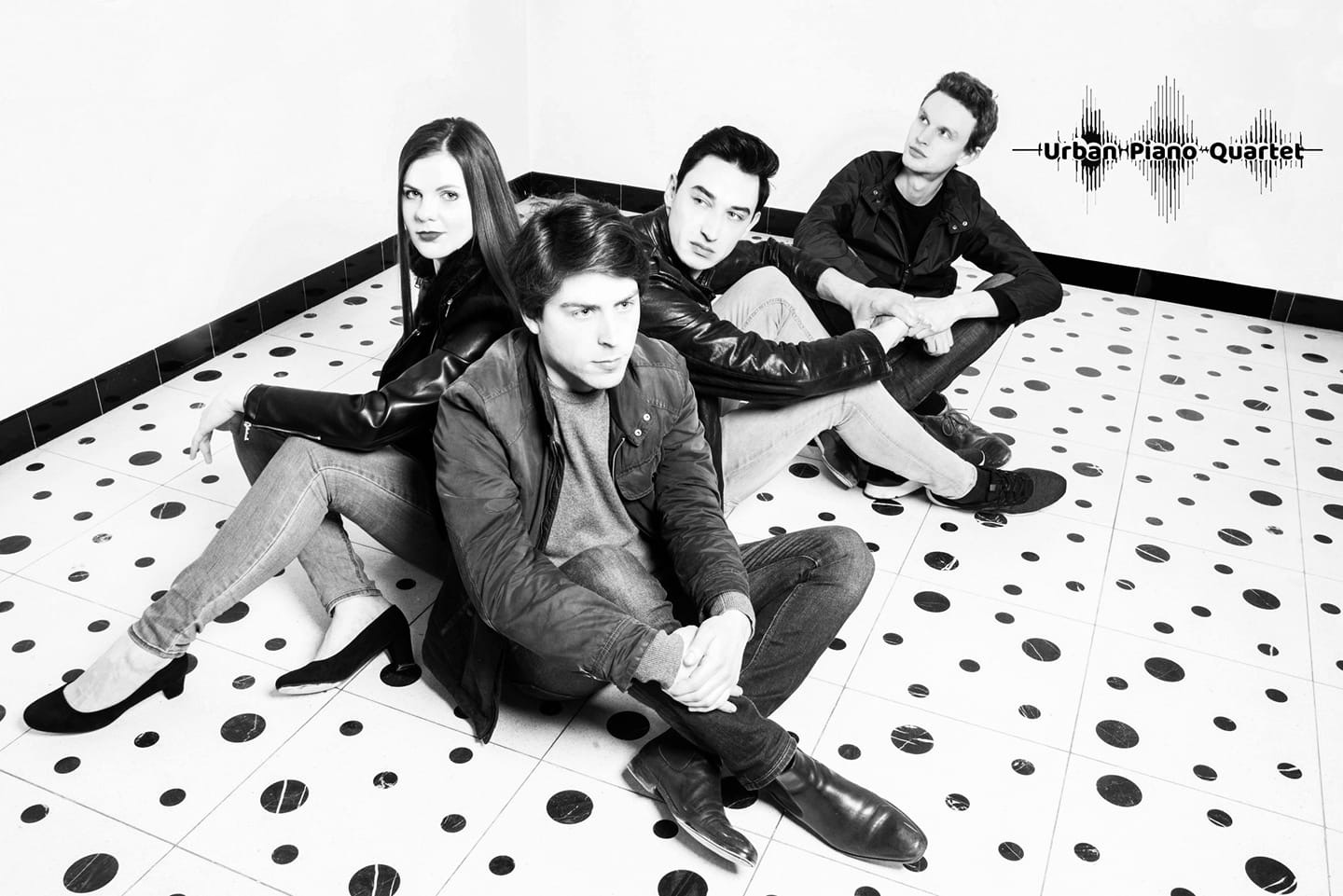 Founded in 2018 in Brussels, and only after a few months of existence, the Urban Piano Quartet won the Supernova 2019 chamber music competition. 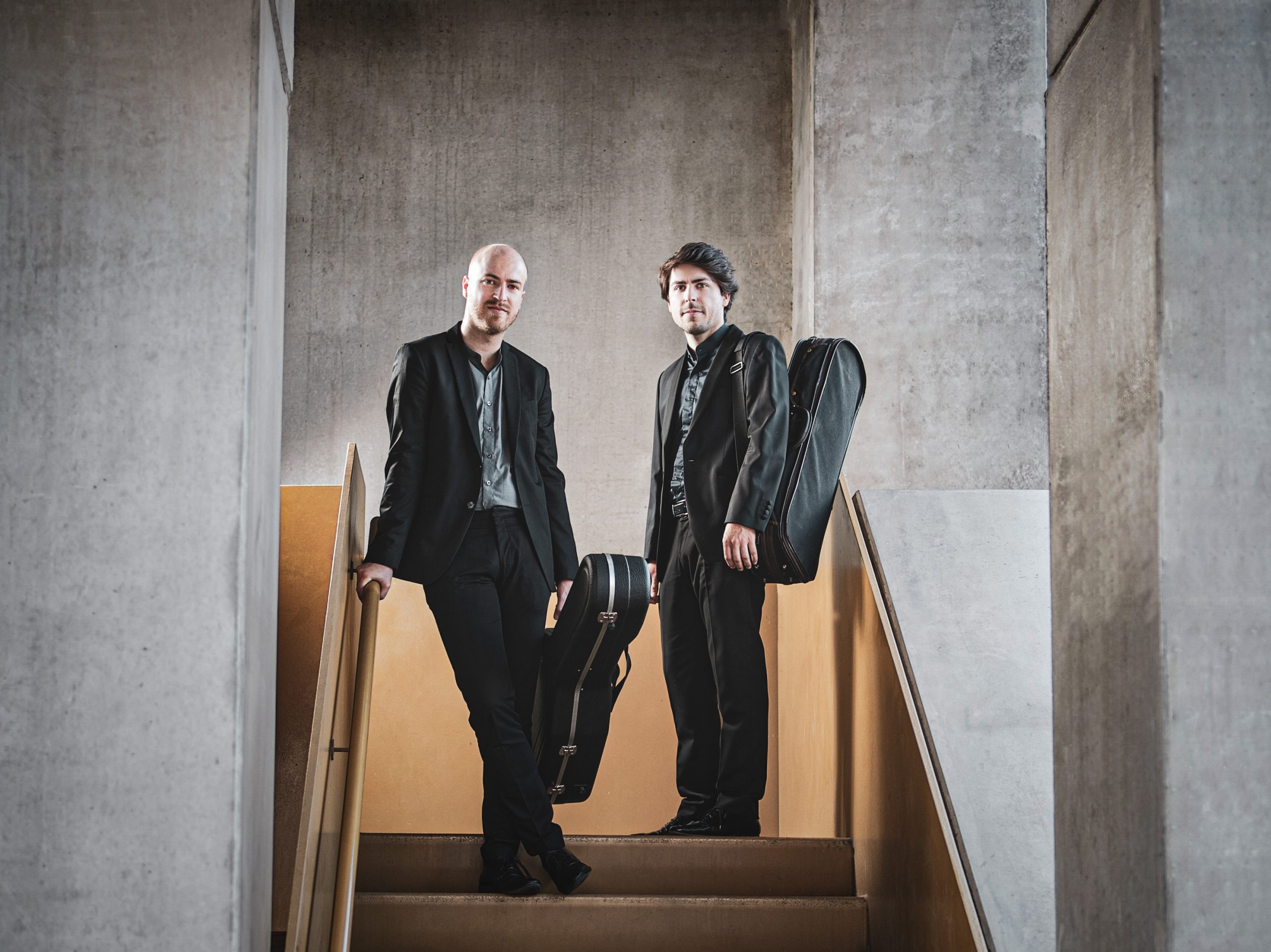 Stijn Konings (guitar) & Nicolas Dupont (violin) decided to create the ‘Duo Andaluza’ in 2013, to explore the fascinating repertoire for this intimate and virtuoso combination of instruments and to share it with their audience trough passion and enthousiasm. 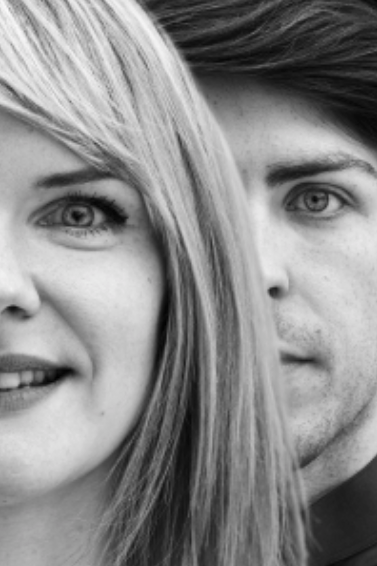 They are regular guests in major Belgian concert halls such as AMUZ (Antwerp), Palais des Beaux-Arts and Flagey (Brussels), have performed extensively in France, the Netherlands, Switzerland and Denmark, and have made recordings for the Radio Suisse-Romande (CH), Musiq’3 (BE) and Radio Klara (BE). 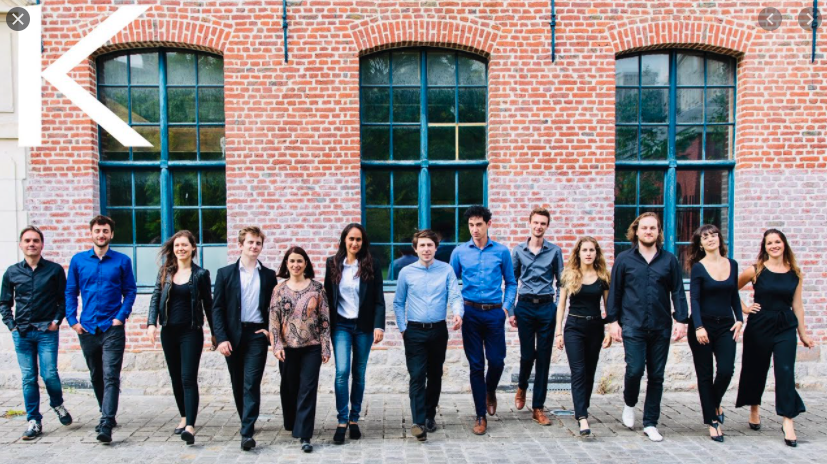 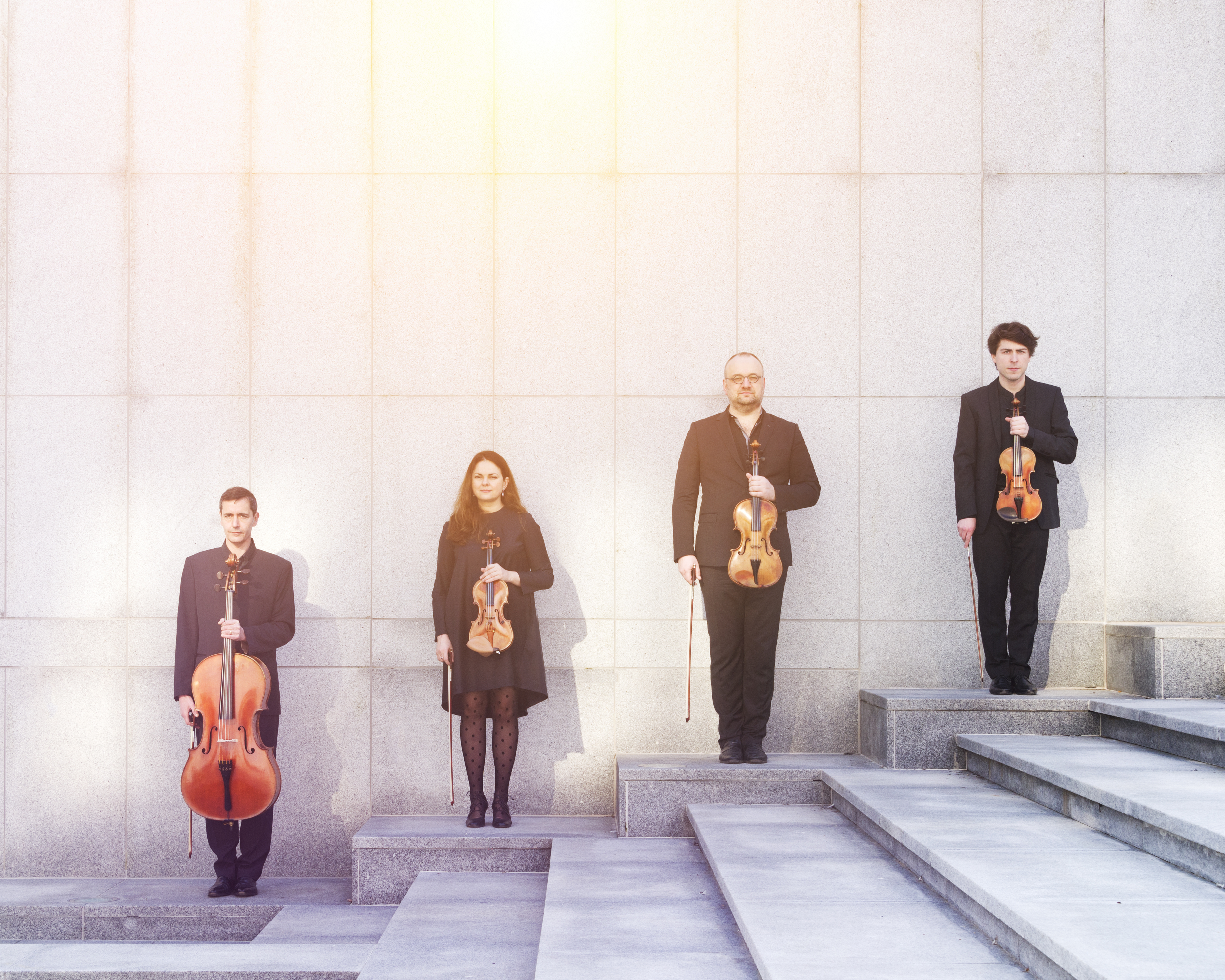 Second violinist of the Malibran Quartet since January 2018. Founded in 2008, Tatiana Samouil, Nicolas Dupont, Marc Sabbah and Guy Danel have grown to be an ensemble with a strong vision and belief in the future of classical music. 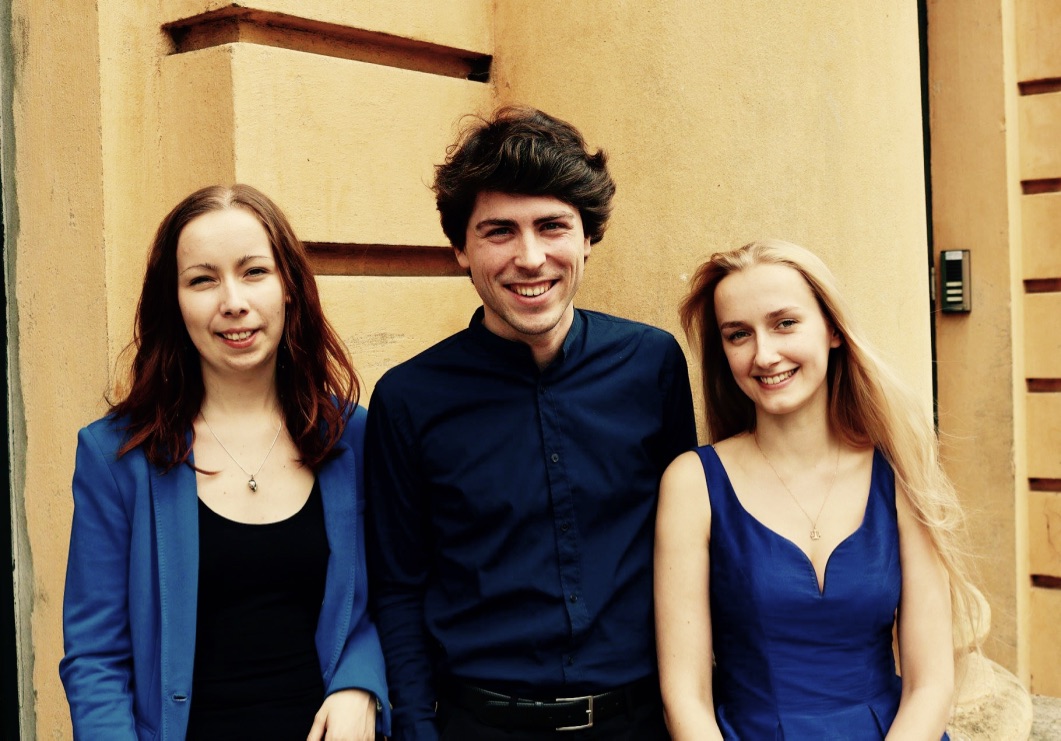 The London-based Argenta Trio was formed in 2015. Malgorzata Garstka, Nicolas Dupont and Margarita Balanas have already performed at London venues such as St Martin-in-the-Fields, Conway Hall and Wigmore Hall.

Your browser is out-of-date!

Update your browser to view this website correctly. Update my browser now